The Harrow Invitational features U20,  U17, 2005-2011 age divisions- as well as a separate girls tournament at the end of June. Once we have a full list of the teams committed we will post our master schedule to allow teams to make proper arrangements. The Harrow Invite's mission is to provide a competitive atmosphere with respect amongst teams and allow players to prepare themselves for the upcoming season. Each team will have an equal opportunity to win and prove themselves as champions, along with competing in a fun skills competition with prizes! 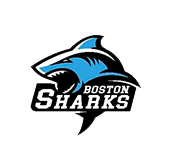